Don’t worry I’m here giving you 51 best Android games for free that are blockbusters! And y’ll definitely download it!!

All the games listed are new and in high graphics, addictive and with good controls.

The Asphalt 9: Legends is a racing video game developed by Gameloft Barcelona and published by Gameloft. Released on July 25, 2018. There are currently 123 cars as of the February 2021 update.

Asphalt 9 had also won the 2019 Apple Design Awards and is the only racing game to win the Design Award. As it also gets editor choice on play store. You can play it and enjoy it for free!

Gangstar Vegas is an open world action-adventure video game developed by Gameloft Montreal and published by Gameloft. It was released for Android and iOS (iPhone, iPod Touch and iPad) on June 7, 2013. It has also been a commercial success, having been downloaded over 100 million times on Android and iOS. It’s also 18+ on Playstore!

Ark: Survival Evolved is a 2017 action-adventure survival video game developed by Studio Wildcard, in collaboration with Instinct Games, Efecto Studios, and Virtual Basement. Ark: Survival Evolved is an action-adventure survival game set in an open world environment with a dynamic day-night cycle and played either from a third-person or first-person perspective. This game is rated over 16+ on Playstore!

Six-Guns is an open-world action-adventure video game developed by Gameloft. It was released in 2011 for iOS devices, on March 17, 2012 for Android devices, and on September 4, 2013 for Microsoft Windows.

Six-Guns is a wild-west styled open-world, action adventure third-person mobile game. The player may roam about on foot or by horse to complete missions as a man named Buck Crosshaw across two game maps, Arizona (with deserts and mesas) and Oregon (featuring forests and mountains).

This game is rated over 16+ in Playstore.

Warface is a free-to-play online first-person shooter game developed by Crytek Kiev, co-produced by Crytek Seoul, and published by My.com. Players can choose between five different classes: Sniper, Rifleman, Engineer, Medic, or SED. Players can compete online in PvP matches, or combine their efforts against AI-controlled enemies in PvE battles.

The player can shoot, crouch, sprint, throw grenades, aim, reload their weapons, leap over obstacles, knife enemies, change/pick up weapons, and use abilities supported by the equipped class. The games comes with good graphics and rated over 16+ on Playstore!

Clash of Clans is an online multiplayer game in which players form communities called clans, train troops, and attack other players to earn resources. This is a freemium mobile strategy video game developed and published by Finnish game developer Supercell. The game was released for iOS platforms on August 2, 2012, and on Google Play for Android on October 7, 2013. As it’s rated over 7+ in Playstore.

Players can choose from a selection of Brawlers, which are characters that can be controlled with on-screen joysticks in a game match. Brawl Stars has a variety of different game modes that players can choose from, each one having a different objective. Players can invite friends to play with them up to the maximum team size of the game mode. It’s rated over 7+ on Playstore!

Dude Theft Wars is an open world sandbox game like GTA and a life simulator like GTA in sandbox & a perfect Dude Simulator in sandbox. Main objective is to enjoy the beautiful city like GTA and things it offers like GTA on a pleasant day.

If you played call of duty then you are at the right place to feel the same vibes. Besides sandbox fun like GTA enjoy multiplayer fun!! This games is developed by Poxel studios games,The game is full of fun rated over 16+ on Playstore.

In the game, up to one hundred players parachute onto an island and scavenge for weapons and equipment to kill others while avoiding getting killed themselves. The available safe area of the game’s map decreases in size over time, directing surviving players into tighter areas to force encounters. The last player or team standing wins the round.

PUBG Mobile accumulating 1 billion downloads as of March 2021 and grossing over $4.3 billion on mobile devices as of December 2020. The games comes with full of fun and rated over 16+ on Playstore.

FIFA is a series of association football video games developed and released annually by Electronic Arts under the EA Sports label. As of 2011, the FIFA franchise has been localised into 18 languages and available in 51 countries.Listed in Guinness World Records as the best-selling sports video game franchise in the world, the FIFA series has sold over 325 million copies as of 2021. It’s rated over 5+ on Playstore!

Among Us is a 2018 online multiplayer social deduction game developed and published by American game studio Innersloth. It was released on iOS and Android devices in June 2018 and on Windows in November 2018. It received a massive influx of popularity in 2020 due to many well-known Twitch streamers and YouTubers playing it. The COVID-19 pandemic has also been credited to the growth of the game.

The game takes place in a space-themed setting, in which players each take on one of two roles, most being Crewmates, and a predetermined number being Impostors.[e] The goal of the Crewmates are to identify the Impostors, eliminate them, and complete tasks around the map; the Impostors’ goal is to covertly sabotage and kill the Crewmates before they complete all of their tasks. This is also rated over 7+ on Playstore!

Garena Free Fire (also known as Free Fire) is a battle royale game, developed by 111 Dots Studio and published by Garena for Android and iOS. It became the most downloaded mobile game globally in 2019. The game received the award for the “Best Popular Vote Game” by the Google Play Store in 2019. It’s an online-only action-adventure battle royale game played in a third person perspective. The game consists of up to 50 players falling from a parachute on an island in search of weapons and equipment to kill the other players. Players are free to choose their starting position, take weapons and supplies to extend their battle life. The, game comes with full of fun, You can download it and play it for free!!

Angry Birds 2 is a 2015 puzzle video game developed by Rovio Entertainment and is the twelfth game in the Angry Birds series, and is the direct sequel to the original Angry Birds. It is a free-to-play with optional purchases for in-game currency. In the original Angry Birds, players use a slingshot to launch birds at nearby structures; a key difference in Angry Birds 2 is the ability to select birds of the desired choice from a deck. Angry bird 2 is the second part of Angry bird, It is game famous among all over the globe. As it’s rated over 5+ on Playstore.

Marvel’s First Open-World Action RPG on Mobile! This is developed by Netmarbles Games and based on Avengers. Here are some game features –

If you love Avengers, then this game is for you! Play any character you want, A new danger is always coming to you!

SimCity is an open-ended city-building video game series originally designed by Will Wright. The first game in the series, SimCity, was published by Maxis in 1989. The success of SimCity sparked the creation of several sequels and many other spin-off “Sim” titles, including 2000’s.

The player (acting as mayor ) is given a blank map to begin and must expand the city with the budget provided. As it’s rated over 7+ on Playstore! 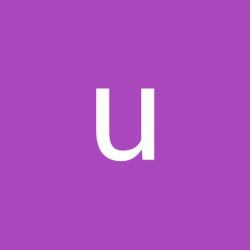